Yesterday like so many others found out about the passing of Roger Ebert.  As a kid I watched Siskle and Ebert, I was personally a fan of the two thumbs down, I loved the horrible cheesiness of it all.  I always thought that is was really cool he had a painting of Siskle after his passing.  When I got a Twitter account he was the first person I followed on Twitter, I read his blog religiously and saw very few movies he gave two thumbs down (there are a several we disagreed on over the years.)  If you are looking for the Best of the Best of Roger Ebert check out this article from Jezebel.

I admit I have tried several times to do a roll of film digi and I never liked how they turned out until this one.  The clapboard is based on a real clapboard that belongs to my husband (if you have never played with a real one they are really cool!)  They are two separate digital stamps and both are quite large (almost 7"x7").

I have also been creating some fun new digital stamps and have been giving sneak peaks on the Facebook Page.  I have two new sets almost finished as well as several others in the sketching phase.  I am going to do a giveaway once the Facebook Page reaches 150 fans.  I will do a second giveaway once the blog reaches 50 fans.  The giveaways will be for one complete set of stamps or two sets of Digital Paper of your choice from the Digi Shoppe.

I hope everyone has an amazing weekend, I am looking forward to some baseball, gardening and a welcome home party for one of my dear friend's husband. 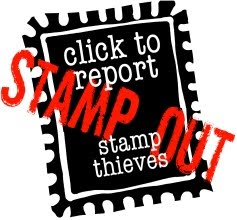